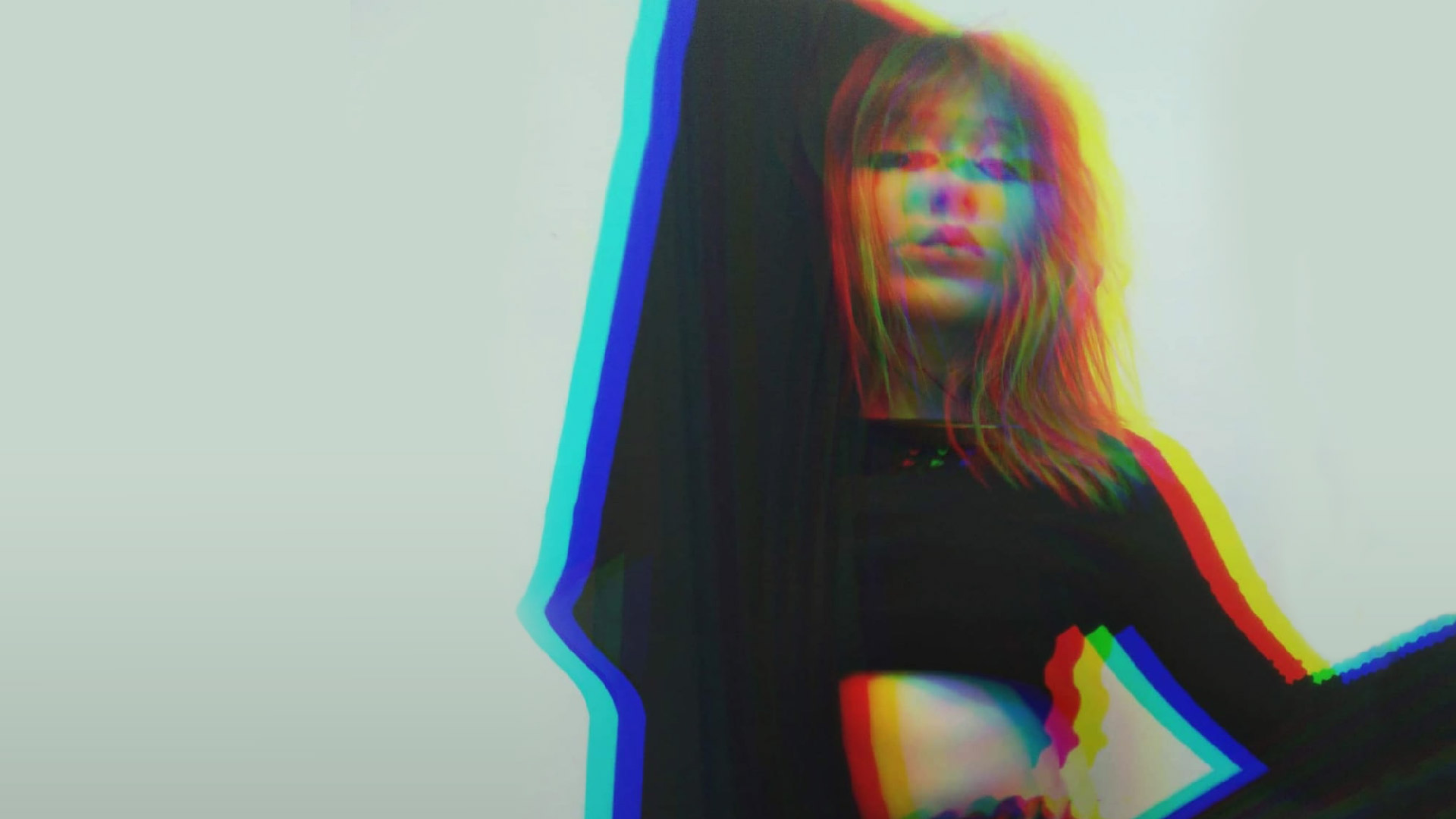 It’s one of the many striking lines from ‘Bleeding Neon Mouth’ by Queen Of The Static Opera, a relentless attack on American rhetorics and probably our favourite track. And although ‘Bleeding Neon Mouth’ message falls in the current subcultural narrative, there is something unique about Queen Of The Static Opera, and that is Melody’s persona. Every word she sings seems to crawl out from her body, every scene feels like the reenaction of personal trauma:

“I was obsessed with writing stories as a teenager, maybe even more than music for a period. I skipped school so many times I got taken to court for truancy. I tried to run away to Washington when I was sixteen but got caught. I was troubled, suicidal, and I used to self-harm.”

Melody’s curiosity for aliens, ghosts and the supernatural is also an essential element of Queen Of The Static Opera’s aesthetics, and it often feels as another coping system to deal with the real ghosts from the past:

“I started dating guys who were too old for me and was molested by a photographer that later came out as a rapist. After that, my boyfriend broke up with me, and I binge drank myself into the hospital.”

Behind her painful experiences and cathartic performances, as usually happens, there is a candid and positive girl fighting her monsters and winning over them:

“Luckily I’m really healthy despite all this. I quit drinking before I could do any real damage and moved from Minnesota to Los Angeles. I feel like a changed person, although I still struggle with mental illness and wanting to relapse sometimes.”

Everything is relived through her performances though, to frame and capture her ghosts. And suddenly the name Queen Of The Static Opera makes perfect sense.

“I have always been open to writing any genre and style. I guess that’s why the Moonsama chaos methodology resonates… END_OF_DOCUMENT_TOKEN_TO_BE_REPLACED

Hidden away in a desktop file named ‘father’ in a studio overlooking the Adriatic sea, there was a lost, forgotten… END_OF_DOCUMENT_TOKEN_TO_BE_REPLACED