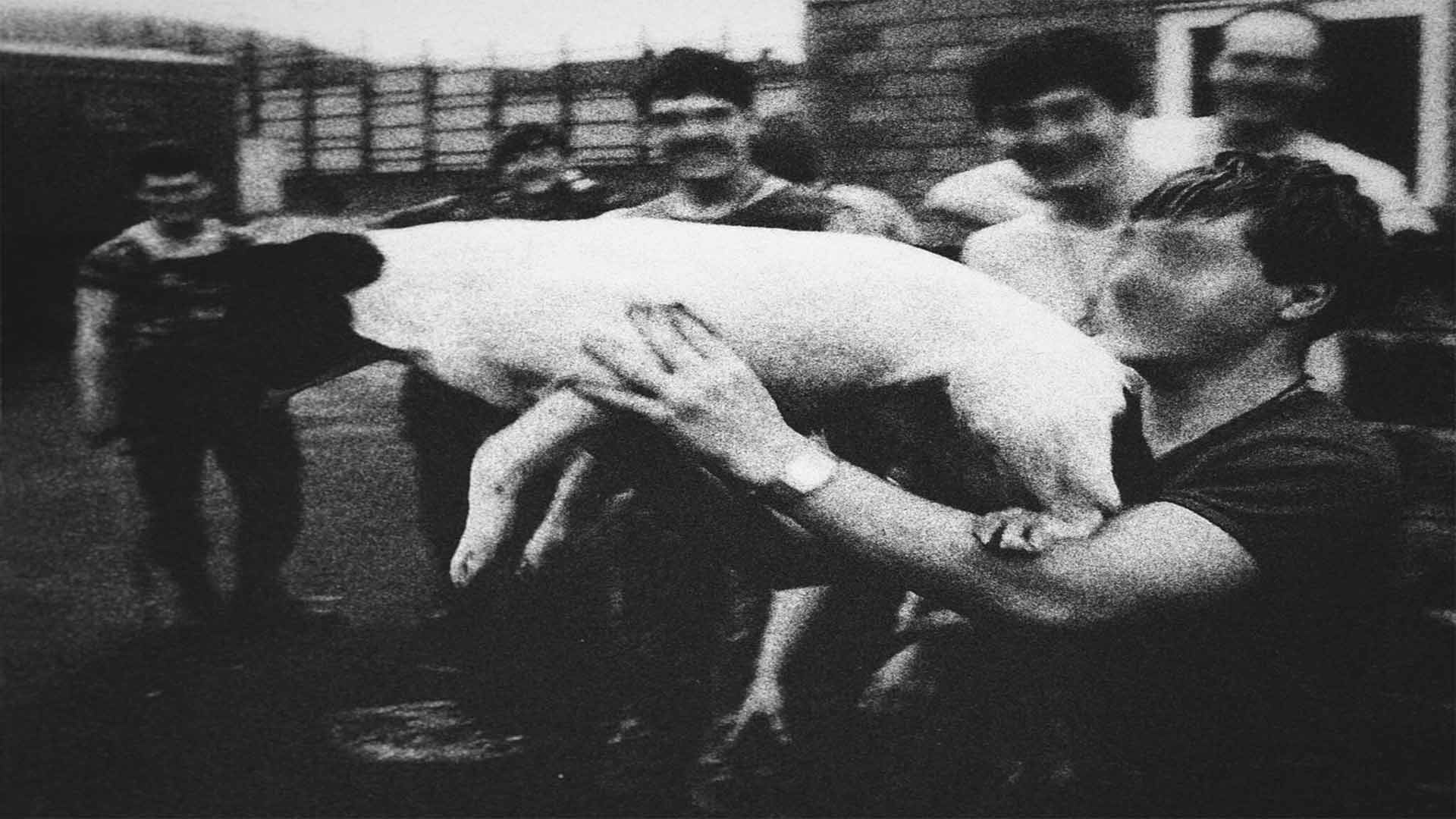 When we saw the livid street riots scenes in Enola Gay’s video, we couldn’t help thinking about Belfast not so distant share of pain. Surely wholly different scenarios, but viscerally they must have brought up some parallel emotions.

Enola Gay: People get angry when innocent lives are taken through the contempt of their oppressor. When people’s rights have been stripped from them they won’t just be handed back, the people must fight their oppressors to get them back. George Floyd’s death has become a sort of catalyst for peace. Our generation in Ireland is far enough removed from the violence of our past, we don’t fear for our lives in the same way our parents and grandparents did. Of course, contextually, there are historical differences between the two scenarios. Still, Belfast is where it is today because of its tumultuous past and our people’s fight for equality. This is why we all must stand in solidarity with the BLM movement.

How is Belfast punk scene reacting to this pivotal moment in time and what are your hopes for change.

Enola Gay: We’ve been donating all our Bandcamp earnings of The Birth of a Nation to The Bail Project. We’re aware that bands and Belfast’s Warzone Collective are making prints and donating them to BLM. ‘Barzo’ of Takers and Users said: “I fully support the BLM or any working-class movement that is in favour of equality, as everyone should. I’m happy to see it growing stronger and stronger every day. Despite some of the public (and even a few older “punks” from around the world) showing they’re actual views and trying to come out with ‘all lives matter’. If all lives matter then the BLM movement shouldn’t offend you, you should be one hundred per cent behind it.” We feel the same as Brazo. It’s great to see that a dialogue about racism has become more frequent.

Without the opening of a discussion, there is no opportunity to educate. Education, in our minds, is the first step towards any change. Lots of people are going to say horrible things that you’re going to totally disagree with but, here is where you challenge them and attempt to make them understand. Change won’t come within a month or a year. It will come from the next generation. This is why it has to be discussed further, so more education is done before racism becomes instilled in the youth of today and tomorrow. There’s so much to hope for. However, hope won’t get anyone anywhere, action will. We need the history of black people in schools to not be condensed to just slavery, where a teacher sticks on the mini-series Roots, comes back and says “That was great wasn’t it?”. We need to recognise the achievements and merits of people of colour, they must be included in school curriculums. Inspire more young minds. Only then can you hope for racism to become a thing of the past, once you know the present and future are making an effort to abolish it.

The video and the song are a perfect match. Can you tell us a bit more about the footage choice and the editing process?

Enola Gay: Bassist Adam Cooper, who constructed the video wanted to contrast professional media footage with handheld videos from people on the streets who were in the middle of the protests. To draw parallels between what news outlets were showing in comparison to the reality on the ground was, screening the world we live in. It was crucial to use footage that was less circulated on social media, to highlight the scope of the brutality towards peaceful protestors during the BLM protests.

It was also crucial for us to heavily focus on footage depicting people, of all races, standing up against an establishment who treats the most marginalised groups as disposable. Showing that the masses will no longer stand for this. Brief shots of the George Floyd Death Protest at Belfast City Hall on June the 3rd can be seen at “2:49”, showing that the people of Belfast stand against global racial discrimination.

Towards the end of the video footage of people of colour standing up, and bravely fighting back against police brutality as a marker of how the fight for equality is far from over, but how people from marginalised groups will fight for their right to be treated equally by their government for as long as is necessary.

Hidden away in a desktop file named ‘father’ in a studio overlooking the Adriatic sea, there was a lost, forgotten… END_OF_DOCUMENT_TOKEN_TO_BE_REPLACED

Brooklyn rapper Your Old Droog is replacing cultural figures at a rapid rate of knots in the shape of projects,… END_OF_DOCUMENT_TOKEN_TO_BE_REPLACED