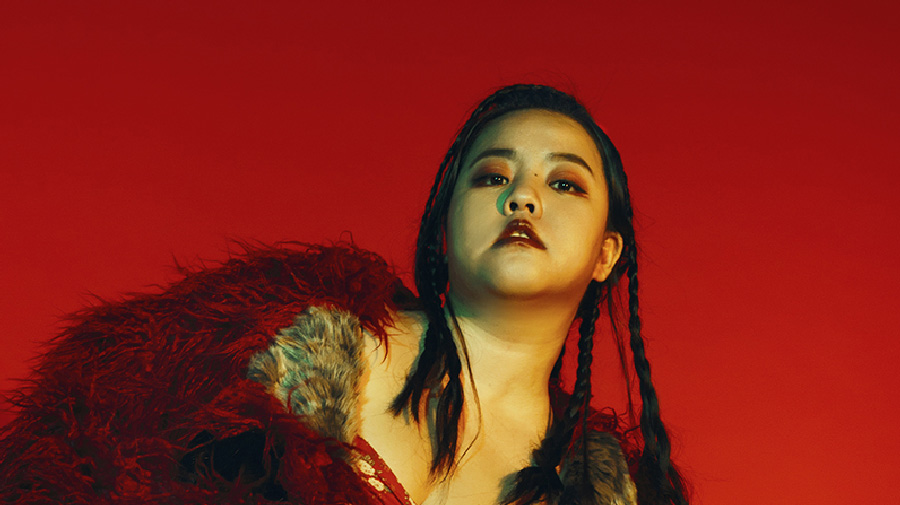 You may call her Aristophanes or “Pan”. Behind the nickname and artist name is a 25-year-old Taiwanese rapper and poet whose unique rapping style got widely noticed after her collaboration with Canadian singer Grimes.

Trying to describe Aristophanes’ musical style and artistic language is tough. Although it says ‘Space Disco’ on her Facebook bio, Aristophanes herself cannot really explain it: “I don’t know, actually. Because all I have been thinking so far is to make it, not describe it.” Perhaps the best way for us to enjoy her music might be “to try to dance to it. Maybe.”

Shouting and spitting out poetry, her sound and flow are highly enigmatic, especially to us non-Mandarin speakers who cannot grasp all the poetry of the lyrics. “If I feel like rapping in English one day, I will”, she says. And for those who might wonder, her live performances where body and mind unleash in a cathartic ocean of screams are a product of pure and total soberness: “I don’t drink any alcohol before playing live.”

Fascinated by literature, Aristophanes teaches creative writing to children and makes music during her spare time: “This connection to children definitely helps me create.” Her music mainly reflects on topics such as sex, gender, feminism, but she sums it all up much better for us: “It’s mainly about special moments of humanity.”

Her favourite memory as an artist so far is one of self-discovery: “I was recording in the studio with American producer David Kahne. It was the first time I saw so many possibilities in my voice.”

Yet music, in general, was not a self-evident choice for Aristophanes: “I was not into any kind of music before I turned 20.” And despite her flow feeling very natural, this artistic choice was never really planned: “I haven’t always been attracted to rapping as a means of expression. Rapping is just one of the possible ways I can express myself. Before I started to rap, I had been into many different kinds of art. My flow is influenced by Jean Grae, Talib Kweli, and Bahamadia a lot. After I turned 20, I listened to a lot of hip hop, rap music, RnB, experimental hip hop and electronic music. But films and books influence me as well.”

You’d think that being a growing female rapper in Taiwan might somehow feel strange but, as uncommon as it might sound, it does not influence Aristophanes’ performances or behaviour as an artist: “I don’t feel special or anything. Some people like my songs and some don’t, but I think it’s like that everywhere. Sometimes I do feel weird, but I can’t say if it’s because I am a female rapper there or if it’s just my personality.”

As far as the creative process goes, it can be a painful one: “Sometimes it comes quickly and sometimes it takes forever. Sometimes it feels like I am trying to say something, but I don’t really mean to do it. I’d like to say, I build each song to a world, then something happens in it.”

One thing is for sure, one ingredient is essential for the magic to happen: “I can only write when I am alone.” For Aristophanes, this need for isolation and self-confidence in creation also applies to life: “The best advice I was given is to not listen to others.”

Find out more about Aristophanes:

When picking a due diligence data room, it is important to pick one with advanced digital rights management and data… END_OF_DOCUMENT_TOKEN_TO_BE_REPLACED

The world as we know it has ended. A nuclear conflict has virtually obliterated human life from planet earth. A… END_OF_DOCUMENT_TOKEN_TO_BE_REPLACED

“Women represent over 50% of the population in Brazil, and if motorcycle-riding former army captain Bolsonaro, is to have any… END_OF_DOCUMENT_TOKEN_TO_BE_REPLACED