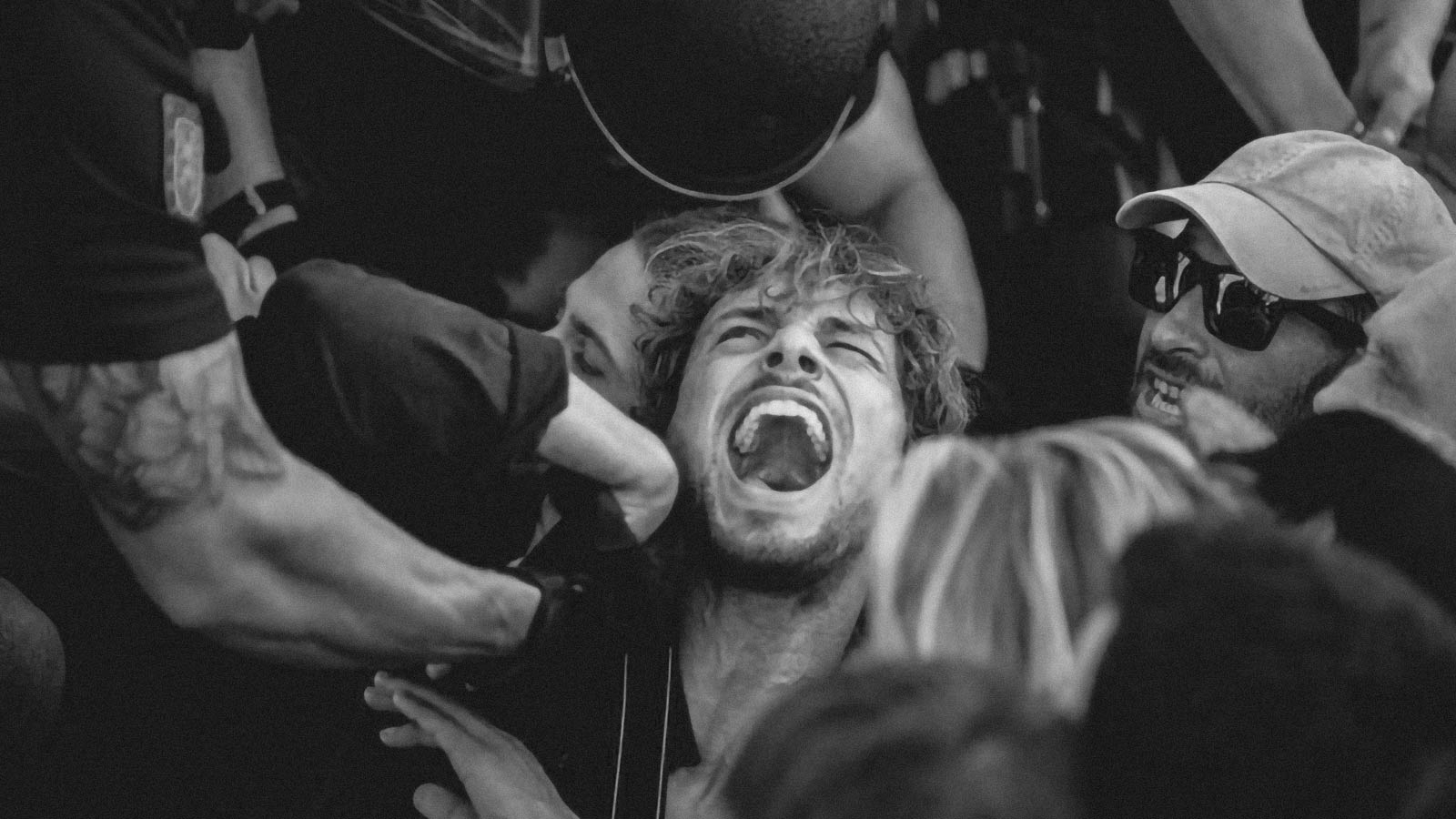 In Berlin, some of the activists camped outside the house of Chancellor, while hundreds of other ‘rebels’ surrounded the Victory Column early in the morning, before sunrise. The road between the monument and Brandenburg Gate is still completely blocked, police officials confirmed.

In Paris, hundreds of protesters barricaded themselves inside ‘Italie Deux’, a shopping centre in the south of the city. Most others have gathered Place du Châtelet, at the heart of the French capital, and in front of the town hall. Here is a short video of the protesters:

The French police have not hesitated and used tear gas to try and disrupt the protesters, as the local newspaper Le Parisien reported:

The movement uses civil disobedience to try and compel governments to act. On its website, Extinction Rebellion wrote today:

“With their own conditions stable for now, XR communities in Paris and London joined in a wave of solidarity for fallen Earth Defenders: those for whom standing up for life and for the natural world has meant death. The idea of this supportive wave came from XR Argentina but was taken up as far away as Dublin, Cape Town and Islamabad. Empathy begins at home – but it doesn’t end there. It takes us beyond borders, beyond divisions, to a greater understanding of the immensity of what’s at stake. We must follow it: it’s only with a global, collective moment of awakening that we can hope to face this crisis.”

The movement also reminded that:

“Last year, 164 activists were killed in the Global South for trying to defend their lands from corporate extractivism.”

Criticised this summer for being Western-centric, the movement has managed in only a few months to reach a global audience and raise transnational participation.

Melissa Chemam is a journalist, broadcaster and author, who has worked for the likes of the BBC World Service, CBC, France 24, Radio France Internationale, as well as many magazines, and for the filmmaker Raoul Peck, on post-colonial issues. Since 2003, she has lived in Prague, Paris, Miami, London, Nairobi, Bangui, and Bristol, travelling into more than 40 countries, and reporting on human rights, Europe-Africa relations and refugee rights. Her first book, ‘Massive Attack – Out of the Comfort Zone’ retells the story of the artists who came out of the city of Bristol, England, known for their rebellious spirit.

“I have always been open to writing any genre and style. I guess that’s why the Moonsama chaos methodology resonates… END_OF_DOCUMENT_TOKEN_TO_BE_REPLACED

Hidden away in a desktop file named ‘father’ in a studio overlooking the Adriatic sea, there was a lost, forgotten… END_OF_DOCUMENT_TOKEN_TO_BE_REPLACED